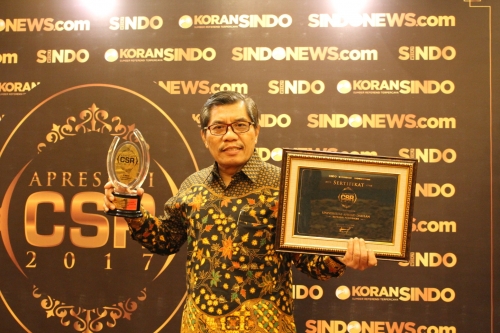 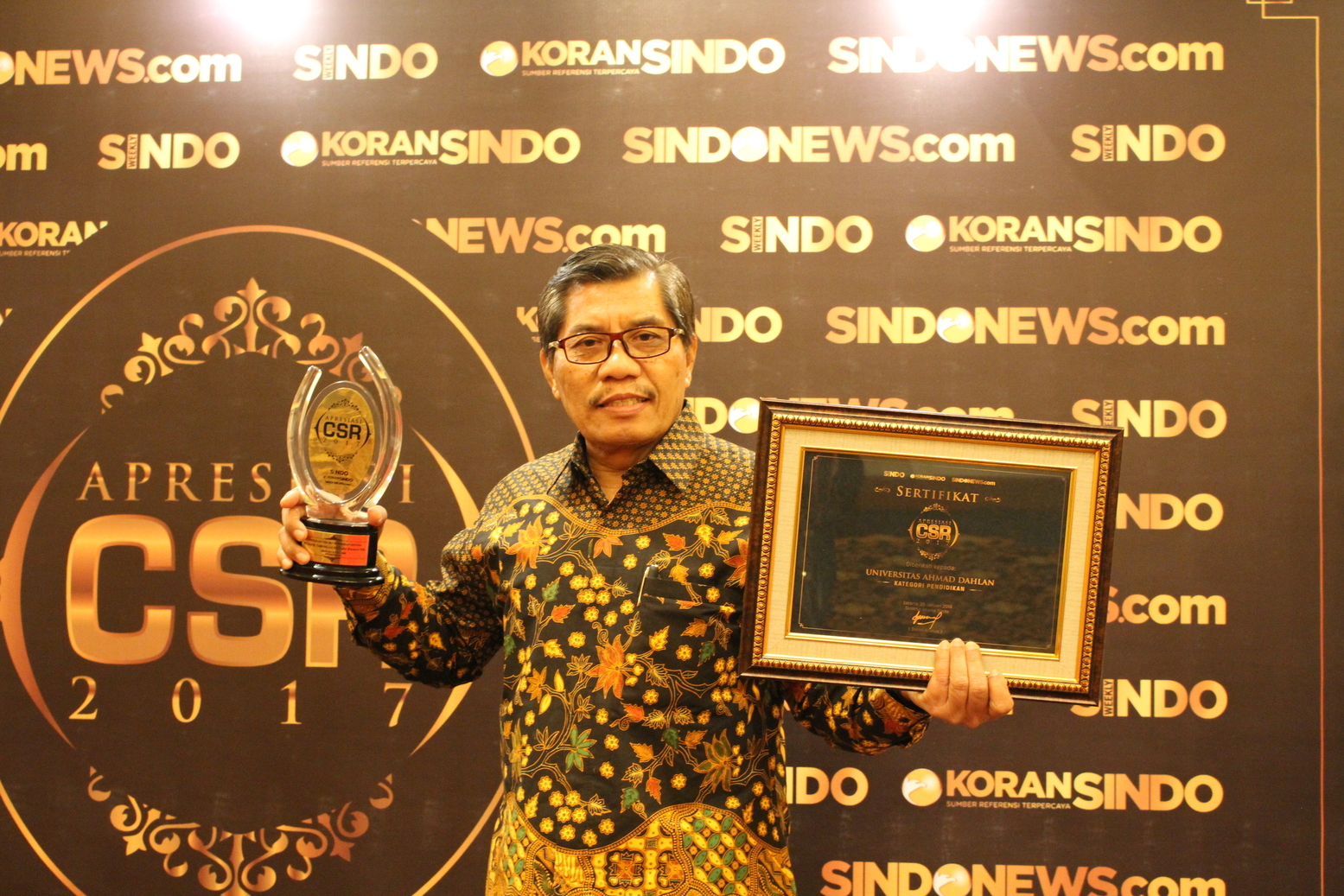 A total of 27 companies received the Corporate Social Responsibility (CSR) 2017 awards presented by Sindo Media (Sindo Weekly, Koran Sindo, and Sindonews.com). Of the many companies, only one university was included to receive the award, namely Ahmad Dahlan University (UAD).

UAD received the award from CSR in education field at The Ballroom Hotel Aryaduta, Jakarta, on Thursday (25/1/2018). The award was in regard of UAD's contribution to education. The rector of UAD, Dr. Kasiyarno, M.Hum., who represented UAD in receiving the award, said that the education in Indonesia needed attention. Moreover, he said that there were still many schools where it was not feasible to conduct teaching and learning process properly due to lack of facilities.

In 2017, UAD made an action by rebuilding Madrasah Ibtidaiyah Muhammadiyah (MIM) Wonosobo. The school, which was established since the 1980s, was helped by UAD because it was in a really bad condition.

"UAD gave a total donation of about 3.5 billion to buy the land, build the school, and occupy it with necessary educational items," explained Kasiyarno.

The school that is located in Wonosobo, Banjarejo, Tanjungsari, Gunungkidul was not only helped in terms of the building, but the teachers were also given training and salary.

The CSR assessed that UAD's contribution to schools was so great that it deserved an award. To date, CSR is known to give appreciation to companies that contribute greatly to society and environment through corporate social responsibility program.