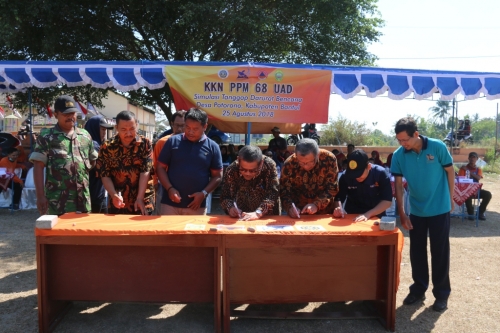 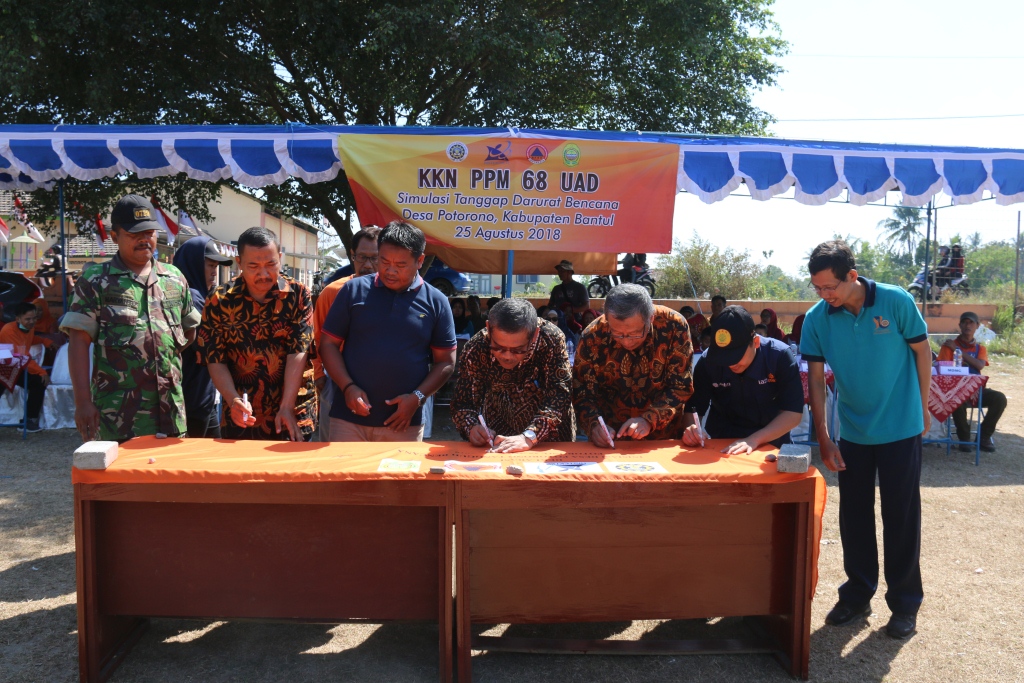 In this simulation scenario, there was a 6.9 SR earthquake in the village of Potorono which caused dozens of people to suffer serious and minor injuries and hundreds of residents to flee. To cope with this disaster, the Chief of Potorono Village activated a disaster emergency response team consisting of six sectors, namely the post, evacuation, health, public kitchen, logistics and psychosocial. All sectors work together and coordinate to deal with victims and refugees.

Meanwhile, the Vice Rector I of UAD, Dr. Muchlas, M.T., in his speech explained that Yogyakarta area was prone to disasters. Therefore, people were encouraged to always be vigilant.

"Indonesia is traversed by the ring of fire in the south, so it is prone to earthquakes. We, the leaders of UAD, greatly appreciate the initiation of this activity. This simulation is expected to provide disaster preparedness for the community," he said.

In the peak event of the 68 UAD KKN PPM program, the Initiation of Potorono Village Resilient Disaster was also declared. For the sustainability of the disaster-resilient village program, UAD PPM KKN team collaborates with the Disaster Management Agency (BPBD) of Bantul District. (doc / ard)