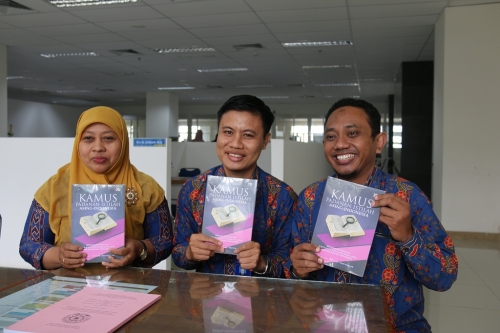 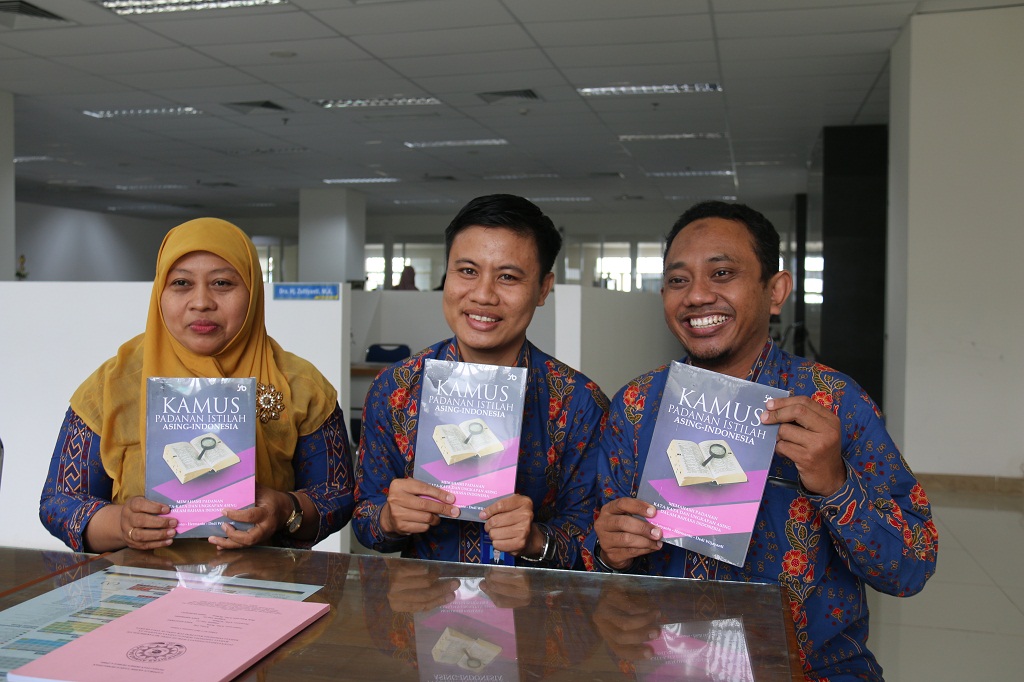 "There are many important vocabulary items in this dictionary. This dictionary is great for us, foreign students who are learning Indonesian," said Nguyen Thai Hai Yen, a student of the Darmasiswa Program of the Republic of Indonesia at Universitas Ahmad Dahlan (UAD) from Vietnam.

Similar thing was also conveyed by Habibullo Nazarov, UAD foreign students from Egypt. He stated his belief that the dictionary was very useful and made it easy for him to learn Indonesian. The book, entitled Kamus Padanan Istilah Asing-Indonesia or The Dictionary of Foreign Language-Indonesian Word Equivalent, was compiled by Sudaryanto, M.Pd., Hermanto, M.Pd., and Dedi Wijayanti, M.Pd. The three are lecturers of the Indonesian Language and Literature Education (PBSI) study program of UAD.

"Every new school year, dozens of foreign students are admitted to UAD with most of them are from China. There are those who come to UAD through a scholarship, cooperation, and regular admission. They are very enthusiastic about learning Indonesian," he said at campus 4 of UAD on Monday (3-12-2018).

"This dictionary is also often used when foreign students learn outside the classroom to interact with Indonesian people. They usually use it to deal with people in tourism spots, markets, and cultural objects," Heramanto explained.

The publication of this dictionary is initiated from research entitled "Equivalent Inventory of Advanced Foreign Terms in Indonesian as a Means for Introduction to Indonesian Language for Foreign Speakers". This team received a grant from the Directorate of Research and Community Service of the Ministry of Research, Technology and Higher Education (Kemenristekdikti) through the Beginner Lecturer Research scheme.

Sudaryanto, Hermanto, and Dedi Wijayanti inventoried the equivalent of Indonesian-foreign terms and found 5,718 words and expressions. Thousands of these terms really help foreign students who are studying in Indonesia. The publication of the book also received a good response from both foreign students and other universities. They want to use it as a handbook as well as for lecture materials.

On the other hand, Dedi explained that a foreign language-Indonesian word equivalent dictionary had been tested because it had been published in scientific journals, and presented in front of students and lecturers in various seminar events. He expressed his hope that foreign students in Indonesia, especially in UAD, could learn languages ​​more fluently with the references contained in the dictionary.

The compiled dictionary is the first being published in Indonesia. There are many words in foreign terms that already have equivalence in Indonesian by default. This book makes it easier for foreign students and foreign lecturers who want and are studying Indonesian. Updates will continue to be made because Indonesian language develops so rapidly. (ard)