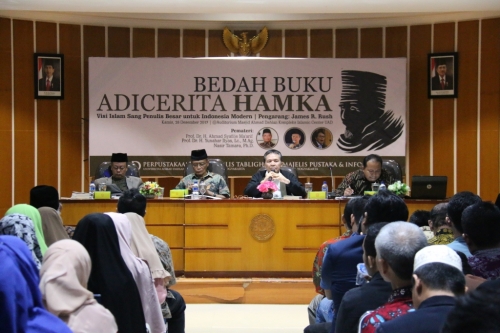 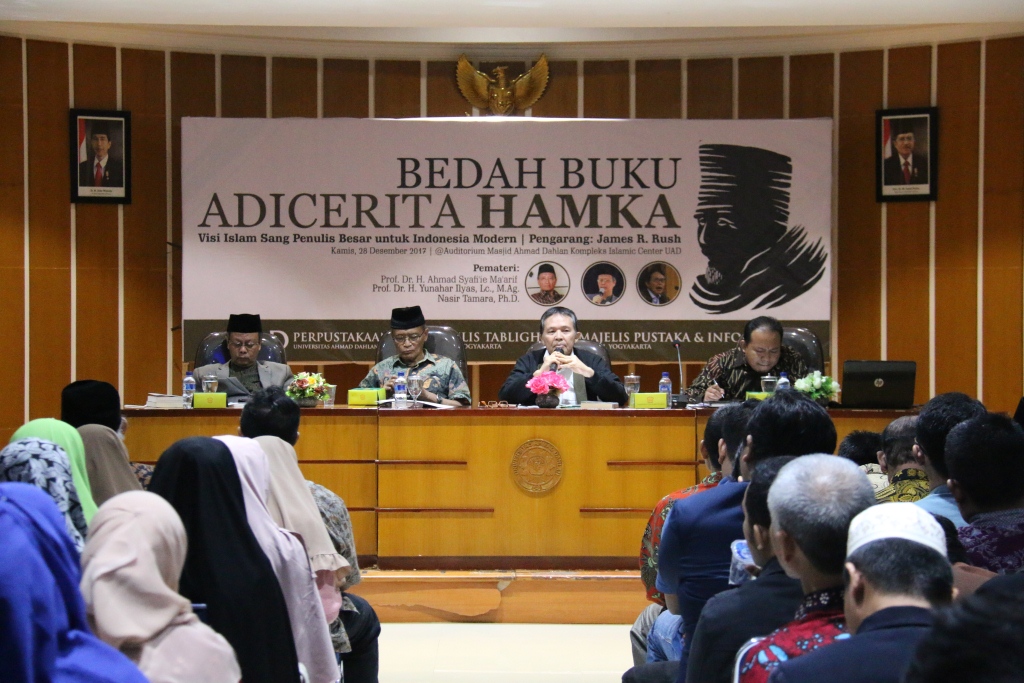 In collaboration with the Tabligh Assembly and the Library and Information Assembly of Muhammadiyah Regional Leadership (PWM) Yogyakarta, Ahmad Dahlan University (UAD) library held a book discussion on Adicerita Hamka’s book. This book was written by a Western writer, James R. Rush.

In his opening speech, Ahmad Muhadjir, Lc.M.A., representing the Chief of PWM DIY conveyed his message on the benefits of discussion as one means of da’wah. Another thing that was equally important was to provide an example to the community related to figures to look up to, like a Buya Hamka.

In the discussion session, according to Syafi'ie Ma'arif, Hamka was an expert and successful in writing history using psychological approaches, especially on literature. "He is a free thinker and has a remarkable memory. Hamka learns from anyone and always tries to improve his knowledge," he explained.

On this occasion, Syafi'ie also mentioned that UAD needed to do more workshops and open discussions of this kind. According to him, the discussion will give insight and provide new views on a specific topic. He pointed out that at least we should live like Hamka. Although he was hated initially, the people who hated him finally recognized his talent.

"Being wild is important, especially in terms of thinking and writing. Hamka makes his haters respect him through his writings," said Shafi'ie.

Meanwhile, Yunahar Ilyas gave a slightly different view. From his view, Buya Hamka was a remarkable figure. "He is naughty, but he could be a great scholar and writer. Let's reflect on that."(Ard)

ADRC 2017 Invited Students All Over Indonesia Scroll to top