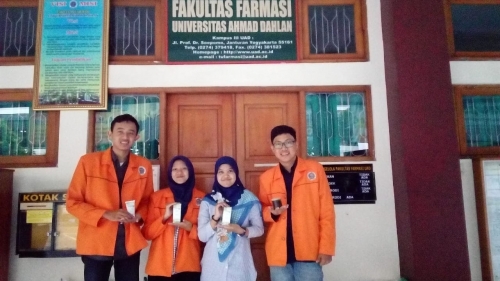 Three Pharmacy students of Universitas Ahmad Dahlan (UAD), consisting of Rudi Afrinanda, Yusa Ristiawati, and M. Shoufi Islami, managed to create a diabetic wound medicine from mango leaves. They have started the research in 2017. Meanwhile, the process starting from the extraction to the testing took three months. These three students are included in the team of Student Creativity Program (PKM) of UAD Research with Deasy Vanda Pertiwi, M.Sc., Apt as the supervisor. 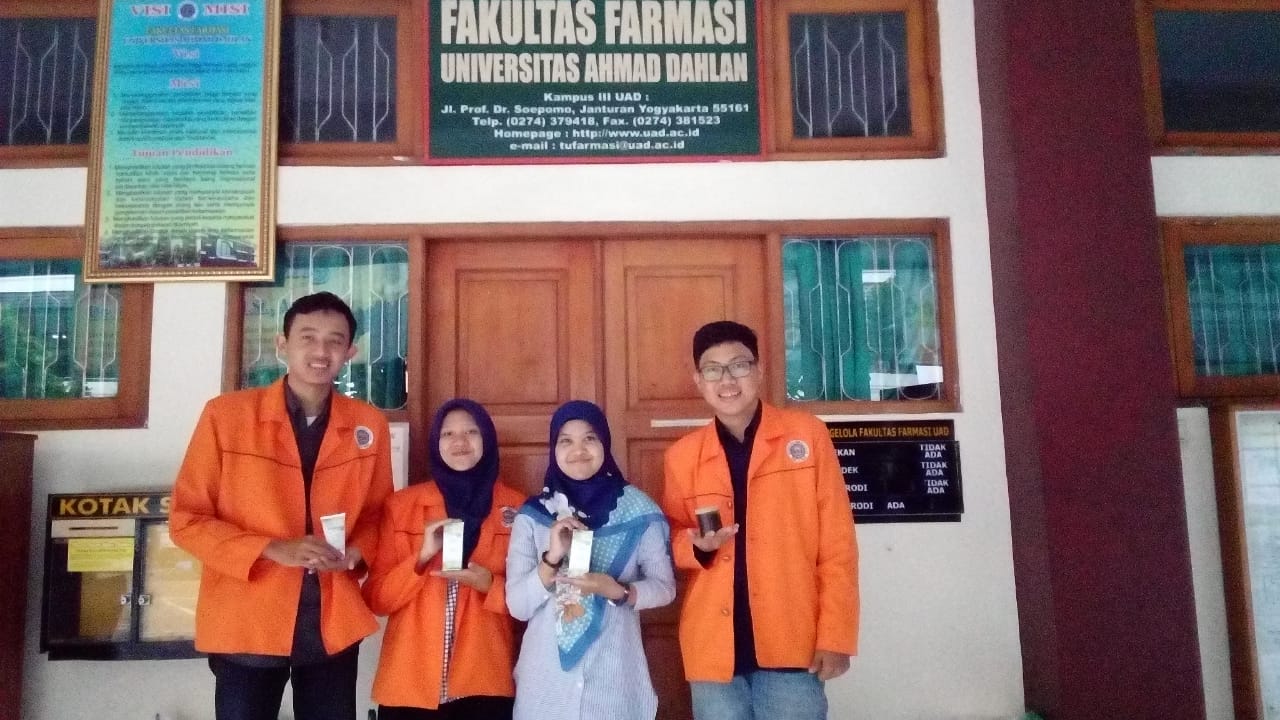 "We did Gerinludia tests on rats that have been given special treatment, so that they have diabetes wounds. This gel effectively heals diabetic wounds in 15 days," explained Rudi, when interviewed on Monday (2/7/2018).

Yusa Ristiawati and M. Shoufi Islami added that Gerinludia was in the form of gel, which had advantages over the type of ointment that was commonly used to cure diabetic wounds. Gerinludia dries faster and is easily absorbed by the skin. Deasy as the supervisor also explained that Gerinludia could form a new layer on the skin that also served as wound protector.

To produce Gerinludia product, it takes 10 kilograms of mango leaves (mangifera indica). Previously, the team performed the extraction of mango leaves with ethanol solution to analyze the active compound, mangiferin.

After that, they did the base comparison to determine the best percentage and to provide variations on the dose of the extract.

"After getting the right formula, we tested it on rats. The results of tests conducted on 20 rats could be seen on the 15th day. The rats that previously had an open wound of 1 cm could have it cured after being treated with Gerinludia," explained Rudi.

Although having been proven to successfully heal wounds, Rudi revealed that herbal remedies, such as Gerinludia, had not been able to fully replace the role of synthetic drugs. However, the gel created by the team has fewer side effects and more advantages when compared to synthetic drugs that sometimes cause resistance from the body, like allergies.

Gel containing antioxidants is still lacking in terms of appearance and smell. This was then addressed by Deasy who thought that Gerinludia smell could still be improve. However, the color of the gel, which was brownish green, was the characteristic of mango leaf extract.