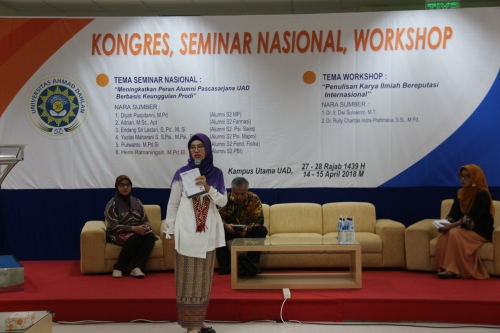 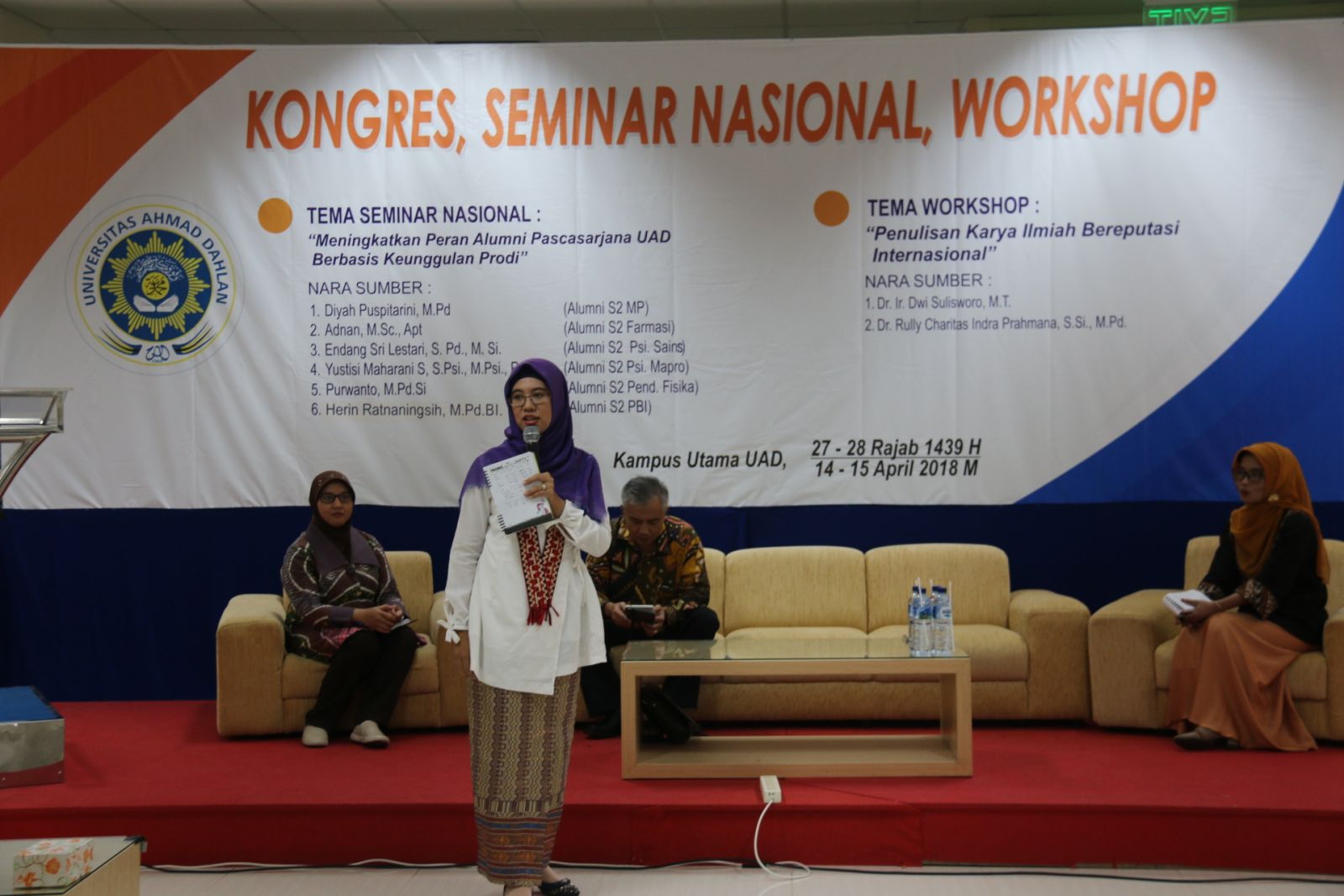 The Postgraduate Program of Ahmad Dahlan University (UAD) held an alumni meeting with a series of congress events, a national seminar and workshop. The event that took place on Saturday (14/4/2018) in the west hall of the new building in campus 4 UAD on Jln. Ringroad Selatan, Tamanan, Bantul, Yogyakarta, was attended by 140 alumni from various regions in Indonesia.

On this occasion, there were a handover of book donation by alumni and a congress election of the Graduate Program Alumni Board of Ahmad Dahlan (Hapsada). In addition, there were a national seminar entitled "Increasing the Role of UAD Graduates Based on the Excellence of the Study Programs", and an internationally renowned scientific writing workshop.

He expressed his expectation that the alumni of UAD could contribute to the development of UAD to become an advanced university trusted by the public. Muchlas stated that alumni had an important role in building trust from external stakeholders.

"The meeting is not just for the nostalgia and ceremonies. With this meeting, we must get something remarkable to formulate strategies to develop the community, the university, and the workplace of the alumni," he said.

Meanwhile, the Director of UAD Graduate, Prof. Dr. Achmad Mursyidi, M.Sc., Apt., expressed his expectation that, with this activity, there would be a good relationship between university and alumni.

"It is impossible for each to stand alone. We must work together. Both of these elements must mutually support each other in order to achieve an improvement and trust from the people," said Mursyidi. (ard)