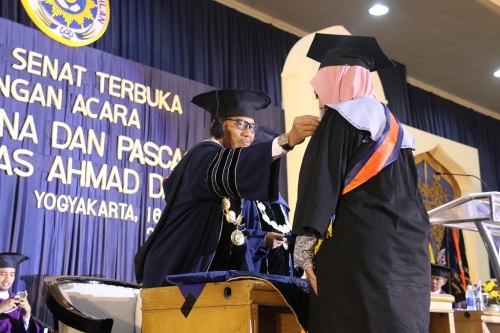 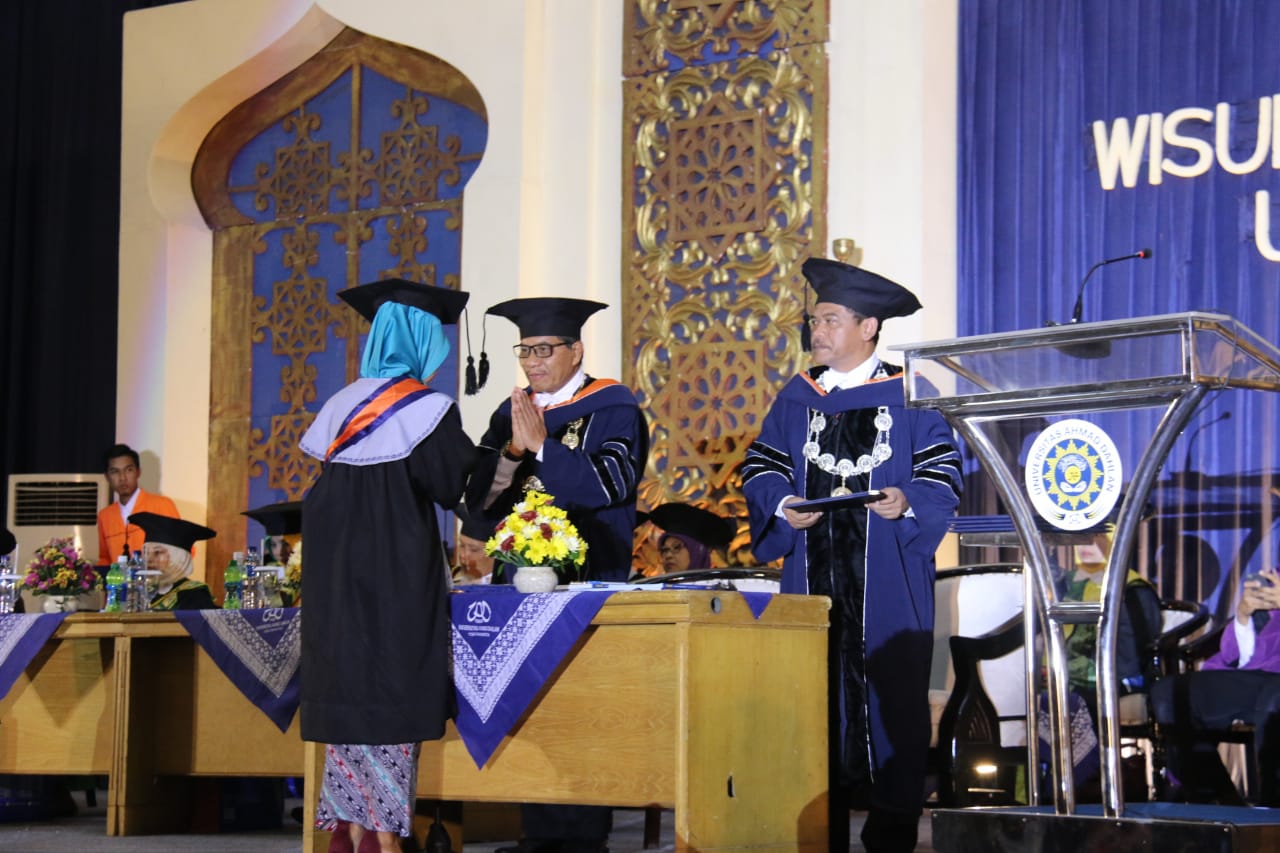 UAD Rector, Dr. Kasiyarno, M. Hum., in his speech thanked all the parents of the graduates who had admitted their children to UAD. "Hopefully, UAD alumni can become role models for the community with the knowledge and skills they have. We hope that UAD graduates can contribute to the progress of the nation."

Furthermore, he explained that science and knowledge can be a weapon to defend oneself and win the battle in the current era. Then, what is more important is the ability to build networks and collaborate with other parties, as well as the ability to think critically.

On the other had, Prof. Dr. Widodo Muktiyo from the Council of Higher Education, Research and Development (Diktilitbang) of PP Muhammadiyah in his speech revealed not to forget the educational almamater. "In this era of intense and unpredictable competition, Muhammadiyah university alumni must continue to work and fight," he said.

UAD Inaugurates the Office of Business and Innovation Affairs