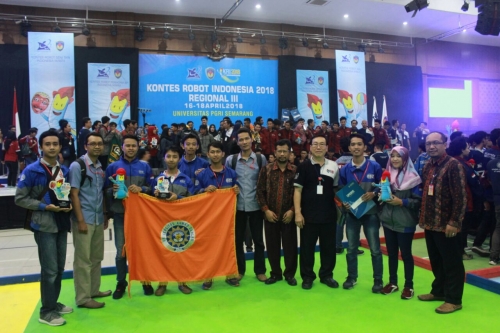 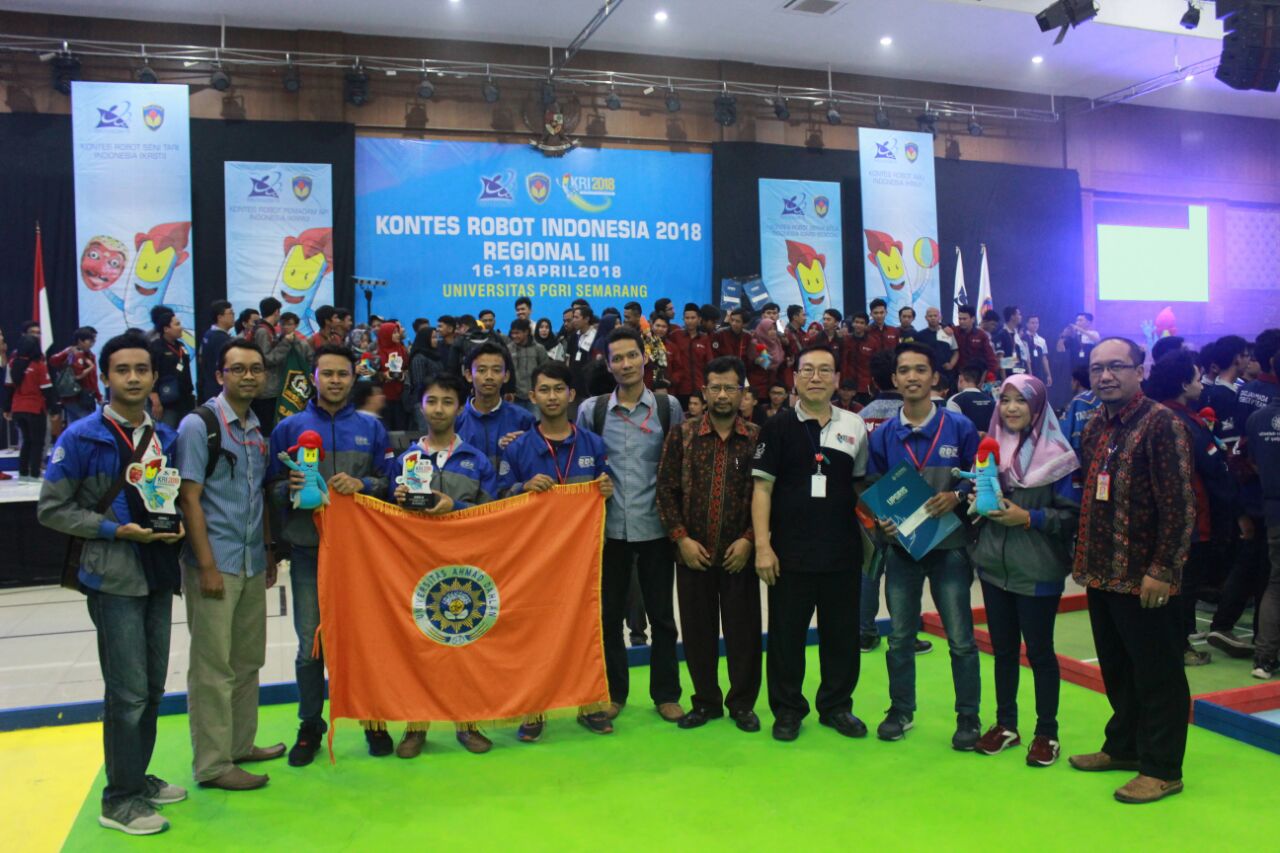 KRI 2018 Regional 3 was held at PGRI University Semarang on April 16-18, 2018 which was participated by teams from public and private universities in Central Java and Eastern and Southern Kalimantan.

Ibnu Atma Kusnaidi, the Chairman of RDC UAD said, the team prepared a robot with "bat" model. They attended classes from morning until noon and develop the robot from the evening until morning. It took them 7 months to prepare for KRI 2018 which was from September to April.

"The initial goal is to get all of the five teams to be the winners, but the current result is also to be thankful for. This is all thanks to the support and prayers of various parties, especially the university. In the future, we will focus on the National KRI which will be held in Yogyakarta. "

Meanwhile, RDC supervisor, Nuryono Satya Widodo S.T., M.Eng., revealed that the success of the teams in winning the competition was because of the regeneration and continuous research.

"There is a regular recruitment and training for new members, as well as an internal RDC competition. As for research, the team is encouraged to always perfect the robot by trying new algorithms and designs. To support this, students who are members of RDC are also encouraged to work on their final assignment (TA) that is in accordance with the robot they developed for KRI," he said. (ard)