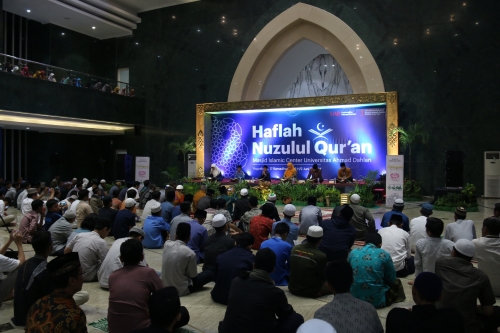 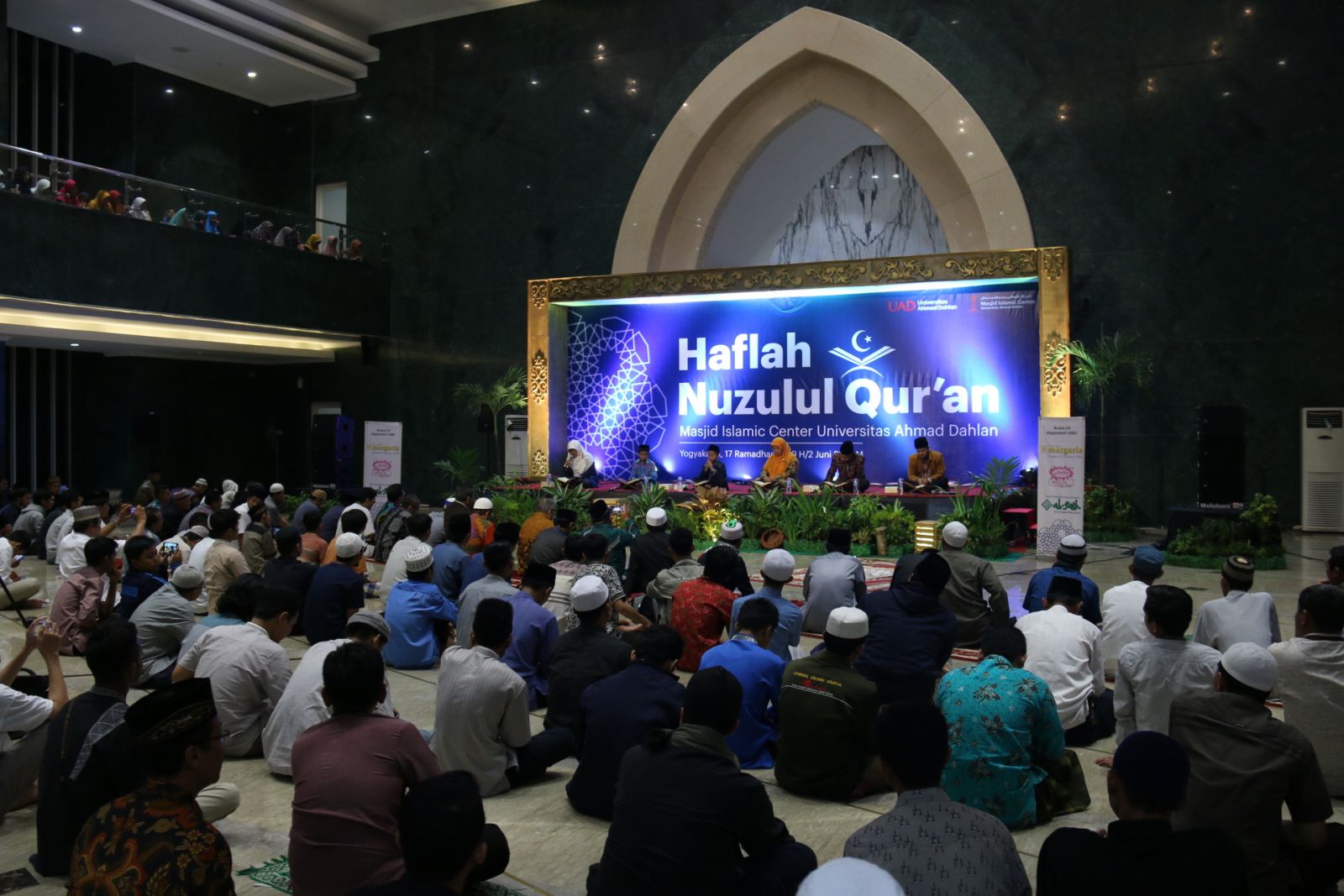 As an Islamic university, in Ramadan of 1439 H, Universitas Ahmad Dahlan (UAD) organized the annual Ramadan event, entitled Ramadan di Kampus (RDK) or Ramadan at Campus. One of the events that drew a lot of attention from civitas academica and and the general public was Haflah Nuzulul Quran which took place on Saturday (2/6/2018).

On this occasion, there are seven qari and qariah (a person who recites the Quran with the proper rules of recitation or tajwid) of national and international level that present Qur'an verses recitation at the Mosque of UAD Islamic Center on Jln. Ringroad Selatan, Tamanan, Bantul, Yogyakarta. On the same day, from morning till noon, there was a Qur’an reading of 30 juz by 20 student hafiz and hafizah.

Dr. Kasiyarno, M.Hum., UAD Rector in his speech said, the hafiz would get special attention from UAD, including full scholarships to complete their undergraduate studies.

"Lately, a lot of hafiz and hafizah start to appear. At UAD, we will provide scholarships for Qur'an hafiz and hafizah of at least 10 juz. Last year, there were about 15 people who got scholarships. Hopefully, the number will increase this year. The awarding of the scholarship is a form of the attention given by UAD to the students," he said.

In line with Kasiyarno, the Chairman of Mosque Takmir of IC UAD, H. Nurkholis M.Ag., said that 20 hafiz and hafizah got scholarships from Margaria Group.

"The scholarship is a form of appreciation. We expect the number of hafiz and hafizah at UAD will increase. "

UAD Signs MoU with a University in Russia