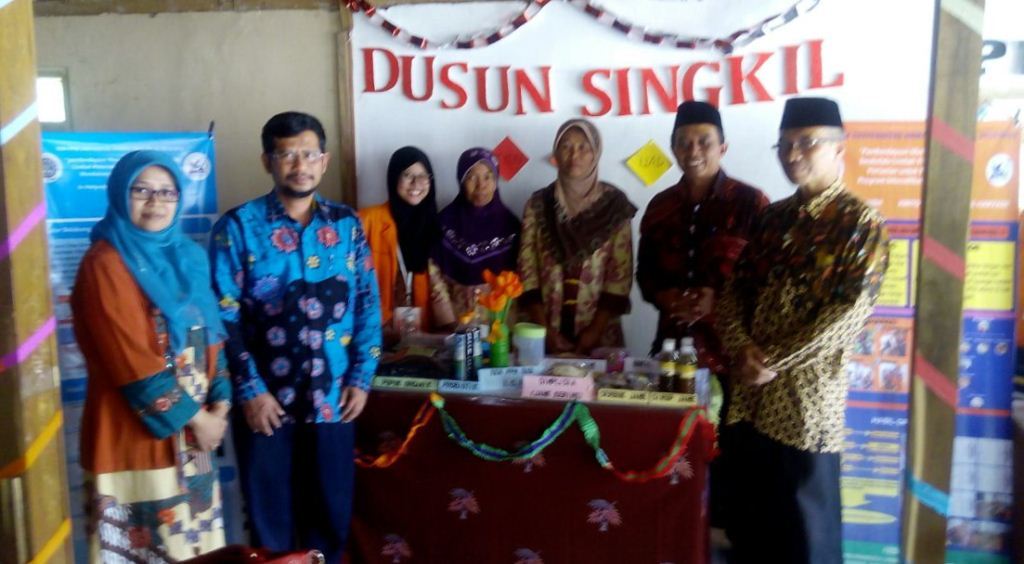 The availability of agriculture waste such as hay, peanut hay, and teak leaves. Together with the availability of unproductive space in Giring village Paliyan district Gunungkidul regency Iis Wahyuningsih and friends are encouraged to manage them. The team brought the theme Empowering People in Handling Agricultural and Farm Waste To Support Emprit Ginger Cultivation. The program was carried out by 27 sudents of University of Ahmad Dahlan (UAD).

Iis Wahyuningsih said, ‘The people are trained to make use of the unproductive spaces around their houses for Emprit ginger cultivation. The produce can be made into syrup, dodol sweets, traditional drink, and jelly. The potential of such wastes makes it possible to produce organic manure for ginger cultivation and for sale publicly.’

When inspecting the program Vice Rector III, Dr. Abdul Fadlil, M.T said, ‘Considering the area, which lies in the south Javanese lane, this area will be busy and the local potential need be promoted for the people’s welfare.’

In accordance with the statement, Marwatahadi, M.Si, the head of Paliyan district, thanked for the program for the people. Furthermore, Iis wahyuningsih as the pioneer of the program hoped to seriously practice the skills.