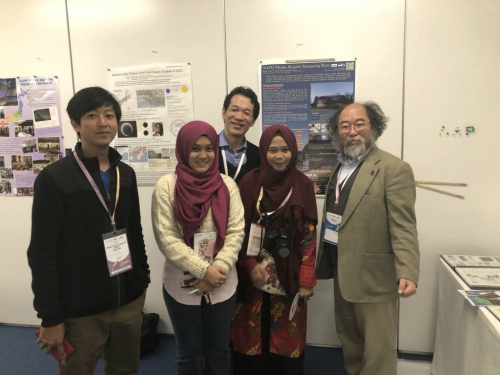 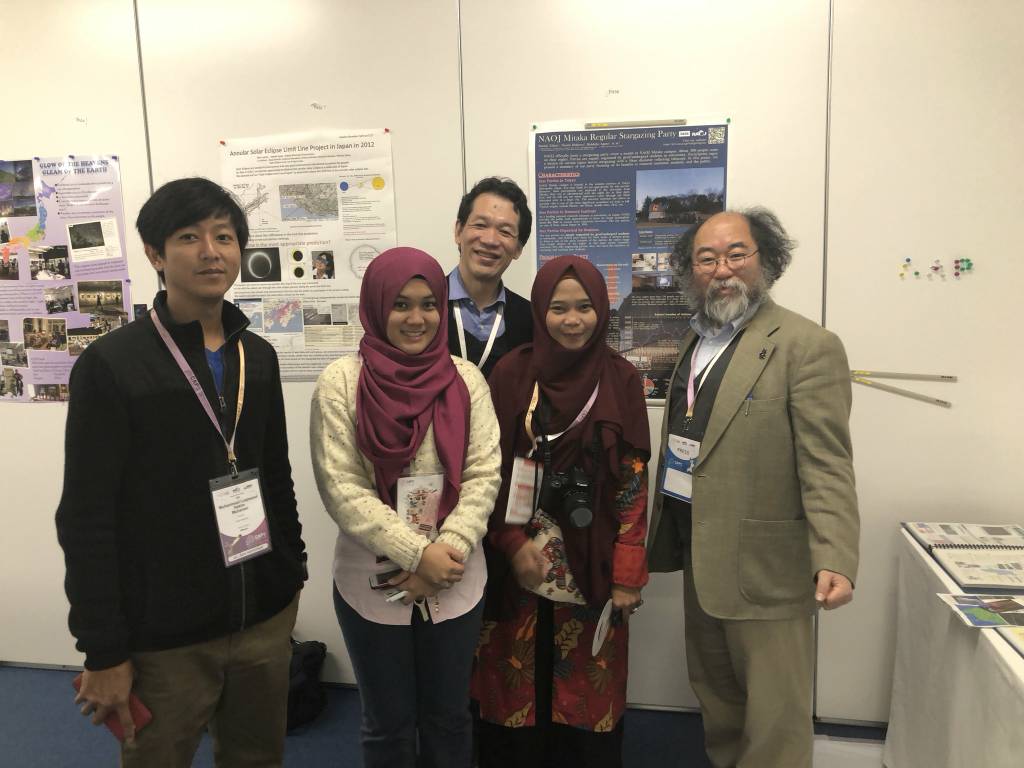 Ricka Tanzilla, an Ahmad Dahlan University student (UAD) had the opportunity to present her research results at Communicating Astronomy with the Public (CAP) 2018 event, which was held at Fukuoka City Science Museum of Japan (24-28/ 3/2018).

The research, entitled "Challenges and Strategies for Developing Inclusive Outreach Using Buku Mentari Project," was initiated by a team consisting of Ricka Tanzilla, Ratnawati, Putri Hasanah, and Titi Muyassaroh, with a companion lecturer, Yudhiakto Pramudya, Ph.D.
The team received a grant from Student Creativity Program (PKM) held by the Directorate General of Higher Education in 2016. They developed an astronomy learning book for students with special needs (blind people). The book is called Mencerap Tata Surya dengan Gambar Taktil Buatan Sendiri (Observing the Solar System with Self-Made Tactile Images) or Mentari as an educational medium for inclusive astronomy.
CAP is a conference held by the International Astronomical Union (IAU). IAU has more than 10,000 active members from 98 countries around the world who have a mission of promoting and developing astronomy in all aspects through international cooperation.
Since 2003, CAP conference has facilitated successful exchange of ideas and activities in the field of astronomy. This conference helps strengthen the community of professional astronomers in each country by connecting them to international research networks. CAP in Japan becomes an opportunity for professional and amateur astronomers to meet and discuss astronomy.
Japan itself has National Astronomical Observatory of Japan (NAOJ), a leading astronomical research organization. On the other hand, the city of Fuokoka is an area with historical connections to science and astronomy. NAOJ and IAU work together to bring the international education and astronomy community to Japan. It is intended that international astronomers can directly see the latest developments in Japan and Asia's progress in astronomical communications.
There are 400 participants from all over the world who attend this activity. CAP 2018 provides grants for the 12 best presenters and posters, with a total grant of 100,000 yen for each awardee. One of the best presenters is Ricka and her team.
Ricka expressed her wish that astronomy could be known and understood the general public with diverse backgrounds regardless of education, age and gender, including the disabled.
"Hopefully the science communicator can give insight to astronomy, not only to science circles, but also by the general public regardless of educational background, age, gender, and also for disabled people," explained Ricka as quoted in a press release on Wednesday (28/3/2018).
Ricka claimed that she was more excited to continue communicating astronomy to the public and certainly happy to learn directly from professional astronomers in the field of Public Outreach. In addition to Ricka, there were several Indonesian representative participants, among them were from ITB, LAPAN, UGM, Planetarium, and Jakarta Observatory. (ard/ doc)
https://uad.ac.id/wp-content/uploads/field/image/mahasiswa_uad_presentasikan_hasil_penelitian_di_jepang_2_0.jpg 375 500 webmaster https://uad.ac.id/wp-content/uploads/logo-uad-akreditas.png webmaster2018-04-17 03:19:132018-04-17 03:19:13UAD Students Presented their Research in Japan