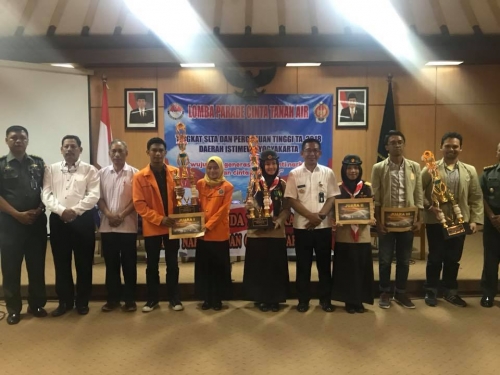 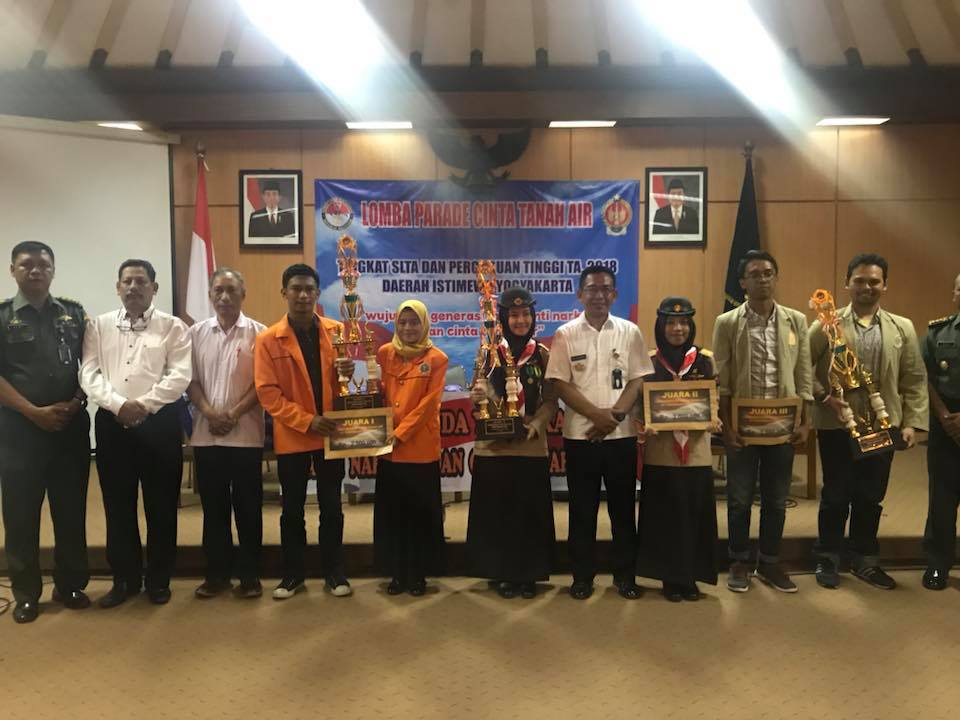 Universitas Ahmad Dahlan (UAD) Yogyakarta proved itself to be the best by managing to be the champion of Parade Cinta Tanah Air (PCTA) competition in 2018 in Yogyakarta Special Region (DIY), which was held by Representatives of the Ministry of Defence of the Republic of Indonesia DIY on July 18th, 2018 at the Public Bureau building of Setda DIY.

A total of 22 participants from universities and high schools participated in the competition. UAD team managed to outperform the team from UIN Sunan Kalijaga as the second winner and UGM in the third position.

Dr. Dedi Pramono, M.Hum., the Head of Bureau of Student and Alumni (Bimawa) UAD revealed that the annual activity which was held by the Ministry of Defence of RI was a very good thing to do to increase the youth’s understanding to be nationalistic.

"With the understanding of being a nationalist, the younger generation can avoid the dangers that can harm their love for the country," he said when interviewed on Friday (20/7/2018), in campus 1 of UAD on Jln. Kapas 9, Semaki, Yogyakarta.

The UAD team, represented by Akbar Asmar (second semester) and Vivi Lutfia (fourth semester) from Law Study Program, Faculty of Law, UAD presented an essay on campus-based rehabilitation as an effort to realize the younger generation’s awareness on the dangers of drug abuse and being a nationalist. Both were accompanied and guided by Gatot Sugiharto, S.H., M.H.

As the tutor, Gatot conveyed that in addition to having to write an essay, to participate in the competition students needed to have skills, such as singing, poetry reading, playing a musical instrument, or dancing.

"The team finished the essay in two days. During the competition, the quality and originality of the writing becomes an important value. There was also an oral test for 15 minutes. Alhamdulillah, UAD team becomes the top three," he explained.

During the presentation, Akbar and Vivi displayed their talents and artistic skills by singing and playing the guitar with a song entitled "Zamrud Khatulistiwa", which is a song made popular by Chrisye.

He added that each region needs an alternative in the rehabilitation process of drug abusers. Therefore, on campus, there needs to be a concept to prepare a tool that can be used for social rehabilitation.

Akbar and Vivi said that Indonesia was a cultured country that must be aware of drug abuse. In addition to revealing the problems, both of them conveyed solutions about how to overcome drug abuse, mainly in the campus environment.

In 2017, the National Anti-Narcotics Agency (BNN) said the death rate from drug abuse reached 11 thousand people per year, or 40 people per day. (ard)