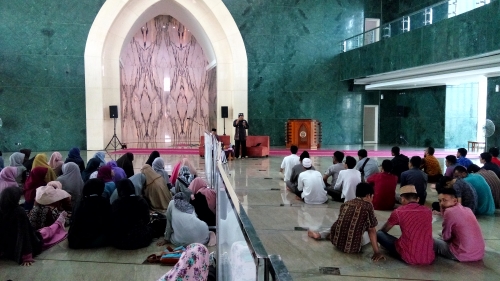 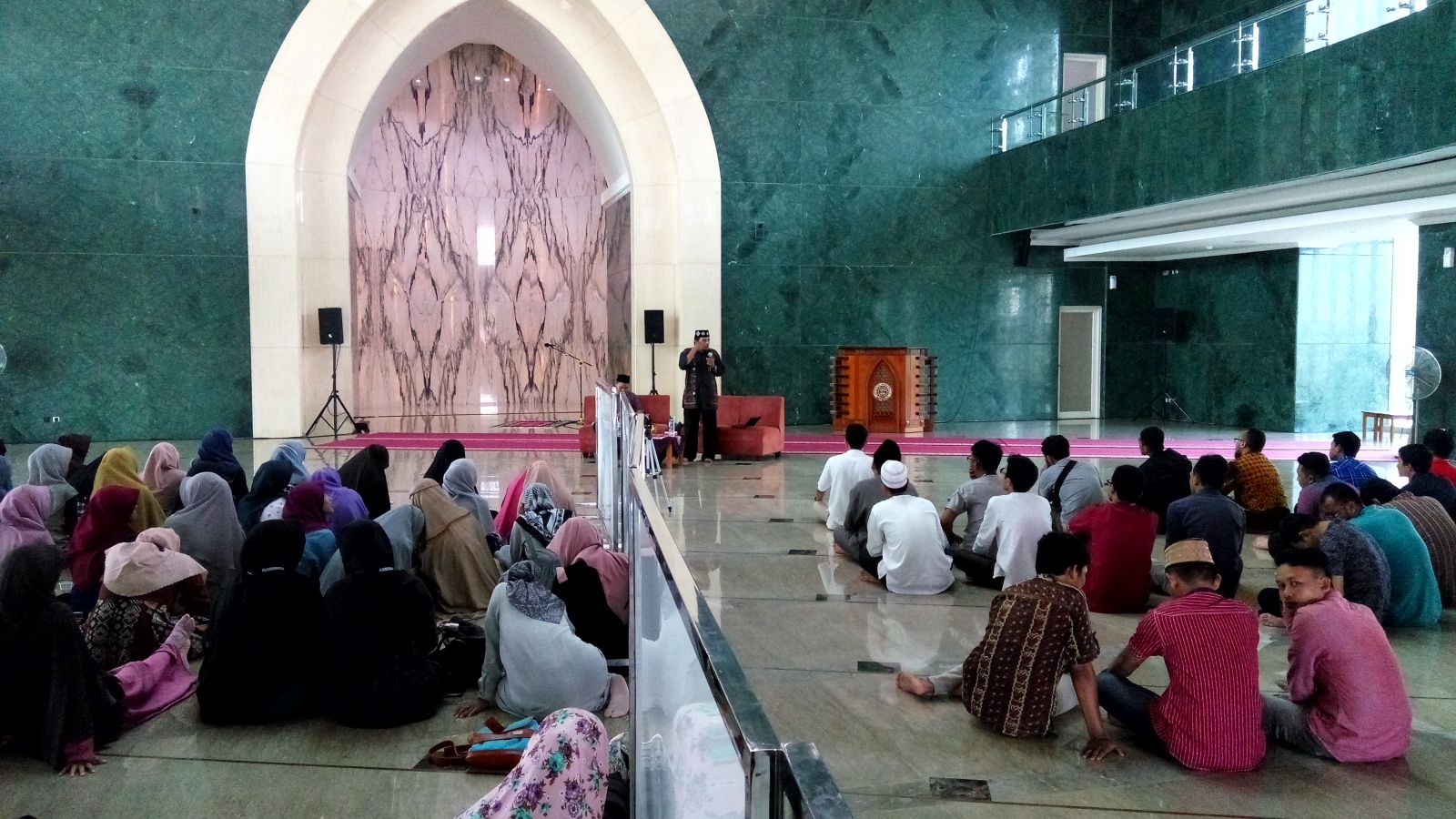 Islamic Center of Ahmad Dahlan University (IC UAD) was filled with hundreds of students on Saturday (9/12/2017). The majority of those students came from the Psychology Study Program and they were there to attend a tabligh akbar entitled "Islam and the Spirit of Humanity". Organized by the Student Executive Board (BEM) of the Faculty of Psychology of UAD, this event was one of the event series for the faculty anniversary, Psychomonth 22. Psychomouth 22 has a theme of “Little Things to Show Our Sense of Humanity” and has various events, from family gathering to charity concert.

The tabligh akbar was opened for public. It was presented by Ustadz H. Okrizal Eka Putra, LD., M.Ag. and was guided by M. Fawwaz Afif Rubito. On that occasion, Ustadz Okrizal delivered some points about the spirit of humanity. He gave some examples of cases that occurred in the time of Prophet Muhammad SAW and Prophet Musa As.

Ustadz Okrizal told a story of a person who was very diligent in his worship but did not care about others. He was so convinced that his worship would be accepted by Allah SWT and that he would go to heaven. One day, he met Prophet Musa As, and asked him to ask Allah SWT about it. However, it turned out that in Prophet Musa As’ munajat, Allah replied that the person would go to hell. When the prophet conveyed the message to him, he was so shocked that he asked the prophet to ask Allah SWT one more time. Unexpectedly, on the second occasion Prophet Musa As asked, Allah SWT replied that this time that person will go to heaven. Prophet Musa As then asked why Allah SWT responded differently. Allah SWT explained that before Prophet Musa asked on his behalf, that person prayed to Allah SWT. He prayed that if indeed he would go to hell, he sincerely accepted it. However, he asked to Allah SWT to make his body so big that he filled the entire hell, so that no one other than himself would be there.

Ustadz Okrizal highlighted that such sacrifice is one of the spirit of humanity. (dev)

A Workshop to Improve the Competence of UAD Most Outstanding Students (Mawa...