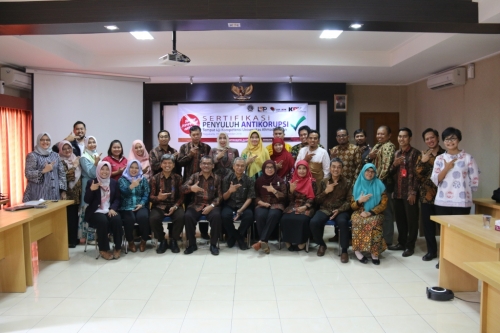 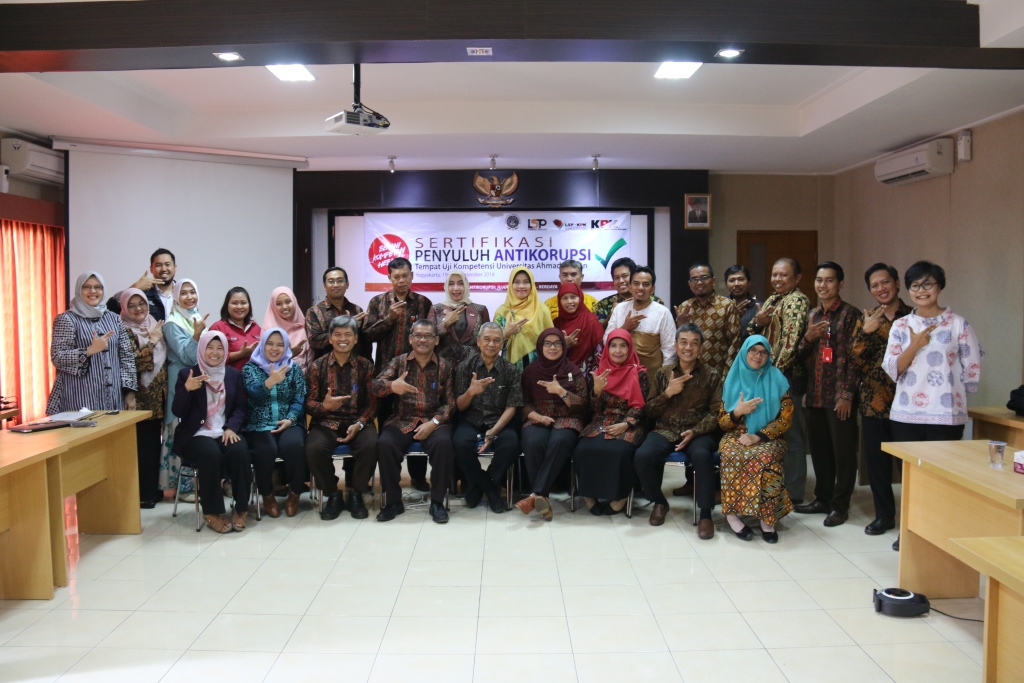 In Indonesia, acts of corruption are already entrenched. Many board members and politicians were caught while doing corrupt practices. In addition, the corruption methods used are also increasingly diverse.

As a form of concrete action to prevent corruption, the Professional Certification Institute (LSP) of Universitas Ahmad Dahlan (UAD) collaborates with LSP of the Corruption Eradication Commission (KPK) of the Republic of Indonesia (RI) to hold a certification competency test for anti-corruption extension agents.

The event, which took place from September 19-21, 2018, at the hall of UAD campus 2 B was attended by 25 participants from various institutions and agencies, from officials, lecturers, to activists. Eko Ari Wibowo, S.T., M. Kom. The Head of LSP of UAD said that the process of competency testing to obtain the certification for anti-corruption extension agents would be facilitated directly by Indonesian KPK LSP.

On this occasion, the Vice Rector I of UAD, Dr. Muchlas, M.T., in his speech stated that being an anti-corruption extension agent is a calling of the soul. This profession has the most important role of the process of increasing the dignity of the nation.

"Not everyone wants to be an anti-corruption counselor, and only some of them are certified. This profession plays an important role to make the nation more dignified," he explained.

Muchlas added that every institution and agency, including UAD, has the responsibility to prevent corruption. Therefore, more guidance and understanding related to corruption is needed. For example, understanding about types of corruption, legal aspects of law, and preventive actions are needed.

On the other hand, Busyro Muqoddas, S.H., M.Hum., from board of directors of KPP RI LSP, said that the corruption methods found in Indonesia had developed with various models. "What KPK has to do now is an integrated corruption prevention and eradication dialogue. KPK cannot do it alone, it must cooperate with other institutions," he said. (ard)

Winning 14 Medals, Tapak Suci of UAD Manages to be the General Champion