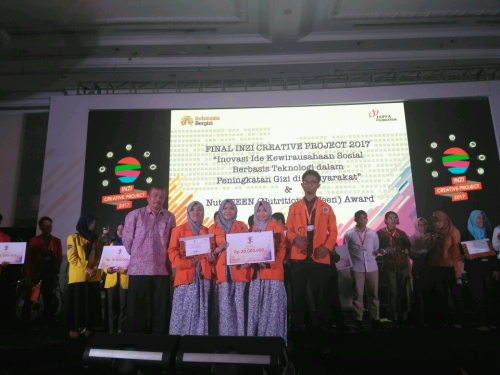 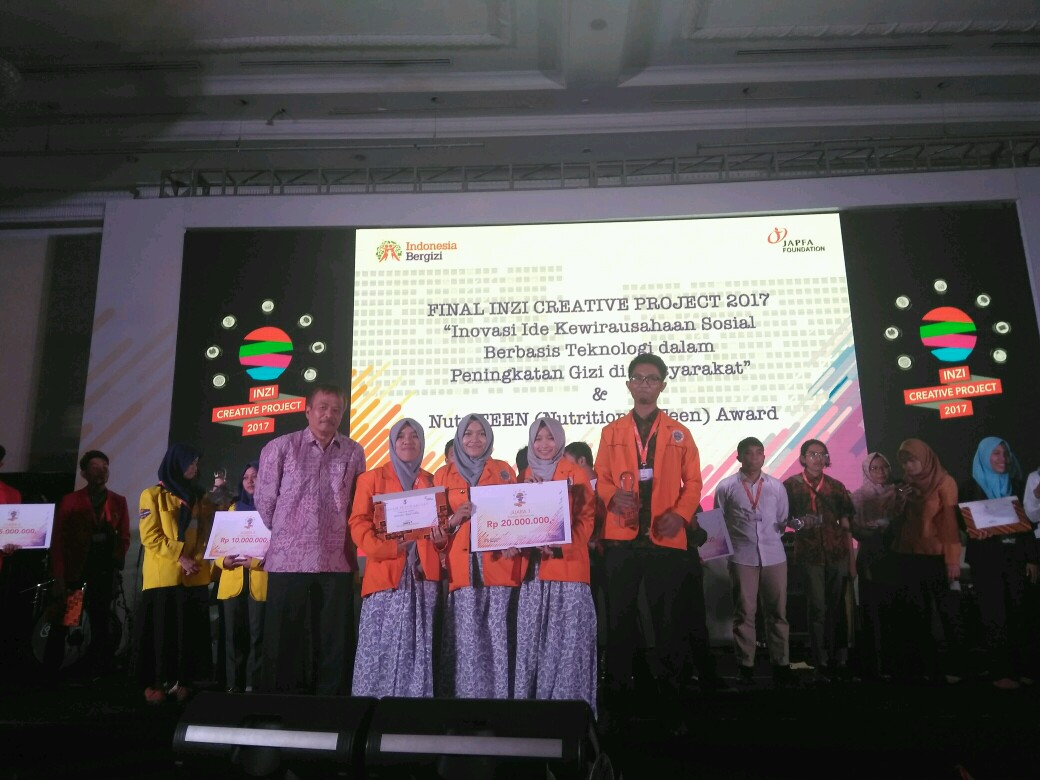 Catering for Posyandu (Pocari), which was initiated by the students of Ahmad Dahlan University (UAD) succeeded in becoming the 1st place winner in INZI Creative Project (ICP) competition. The competition was organized by JAPFA Foundation and was participated by various public and private universities all over Indonesia.

From the explanation by Widia as the team leader, the idea of Catering for ​​Posyandu (Pocari) came from the high number of malnutrition problems in Indonesia and the project was an effort made to solve the problem.

"We focus on the first 1000 days of life, because it is a critical period and a period that determines the quality of one's life. The target is for pregnant women to focus on fulfilling the nutrition of their babies’ first 270 days of life. Mothers breastfeed for the first 180 days, and provide home-made MP-ASI for nutritional fulfillment for infants aged 6-24 months in the first 550 days of life."

The food menu provided is adjusted to the nutritional needs of a mother and her baby, based on the Number of Nutritional Needs (AKG). Pocari is also facilitated with an online application called "Mobile Pocari". Therefore, the ordering process can be done anywhere and anytime.

In the meantime, "Mobile Pocari" is still in the form of prototype (dummy). This online application which will make meal reservations easier is still in the process of refinement. There are four features provided, including Bumil (pregnancy) package, Busui (breastfeeding) package, Mpasi (complementary food) package, and Nutritional Information.

In addition to getting the prize of 20 million rupiah, as the winner, the UAD Team will be funded a maximum of 200 million to realize Pocari. In the process of the realization, there will be cooperation with and assistance from Japfa, Health Department and the Ministry of Health.

"The target area for the pilot testing of Pocari will be Nganjuk District, East Java. It is because the number of nutritional problems there is still high. Hopefully, our ideas can provide solutions to the nutritional problems that exist in Indonesia. If it is going according to our plan, this program can be a Posyandu program in Indonesia and recognized as Intellectual Property Rights (IPR)."

The realization of Pocari and "Mobile Pocari" is certainly not without problems. Because it uses an online system, there must be internet connection to access this application. The problem is, not all areas in Indonesia have internet access. Therefore, the team is still developing an application that can be accessed offline. (ard)

Learn How to Maintain Memory Capacity