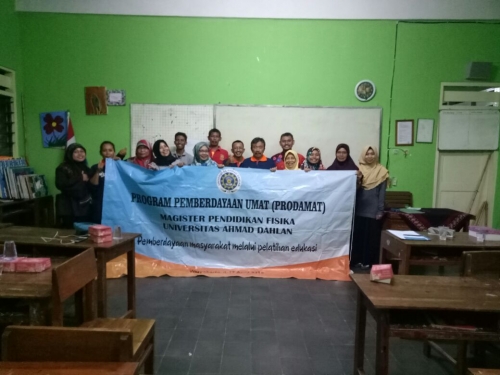 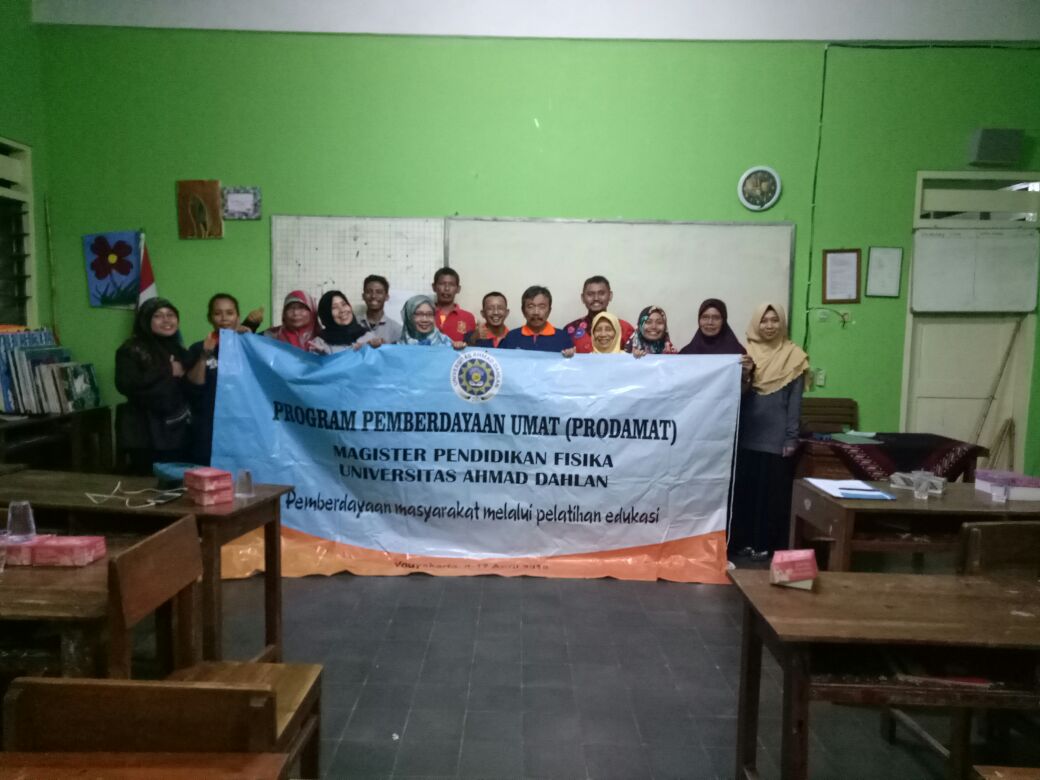 The activities were done since April 4, 2018 in collaboration with Pekerti volunteers in Kampung Patehan. The students actively accompanied the school-age residents during the study hours, so that residents could understand the school lessons optimally.

In addition, discussions were also held with the residents on technology-based learning, information, and communication using PhET. Thus, the literacy of science and mathematics of Patehan residents could be increased through interactive simulations.

A total of three telescopes were used in this observation activity. About 30 people, consisting of children, teenagers, and adults, participated in the observation of celestial objects. The residents were very enthusiastic and interested in following the activity to the end.

The moon, a number of constellations, and the planet of Jupiter and its satellites became the main attraction. In the midst of urban lights and the buildings in urban areas that began to obstruct the sight of celestial bodies, residents still had the opportunity to get that special moment. With human resources and equipment provided by UAD, the information and knowledge dissemination to the community can be well organized.

Prodamat is a student service to the community. The knowledge they gain on campus is delivered to the community for it to be more useful. UAD Post Graduate Manager and Physics Education Master Program of UAD fully support Prodamat.

In the middle of tight class schedule and international publications target, students were able to interact with the community through Prodamat. This activity provided great potential, not only for community empowerment, but also for civitas academica to know the condition of the community that to be studied and researched.

At the closing ceremony of Prodamat in Kampung Patehan, the Chief of RW 05, Agus, said that such activities provided new experiences and knowledge for the residents. He expressed his expectation that this activity could be held again in the future, not only from Physics Education, but also from other disciplines of science to work together in educational activities in Patehan. (ard / doc)

The Opening of Entrepreneurship Development Program of Universitas Ahmad Da... Scroll to top