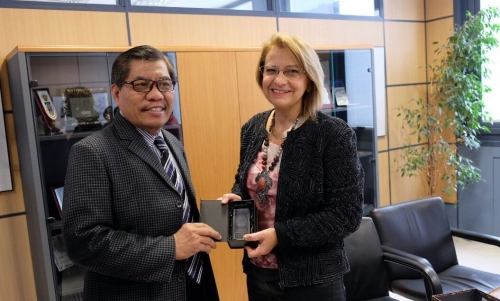 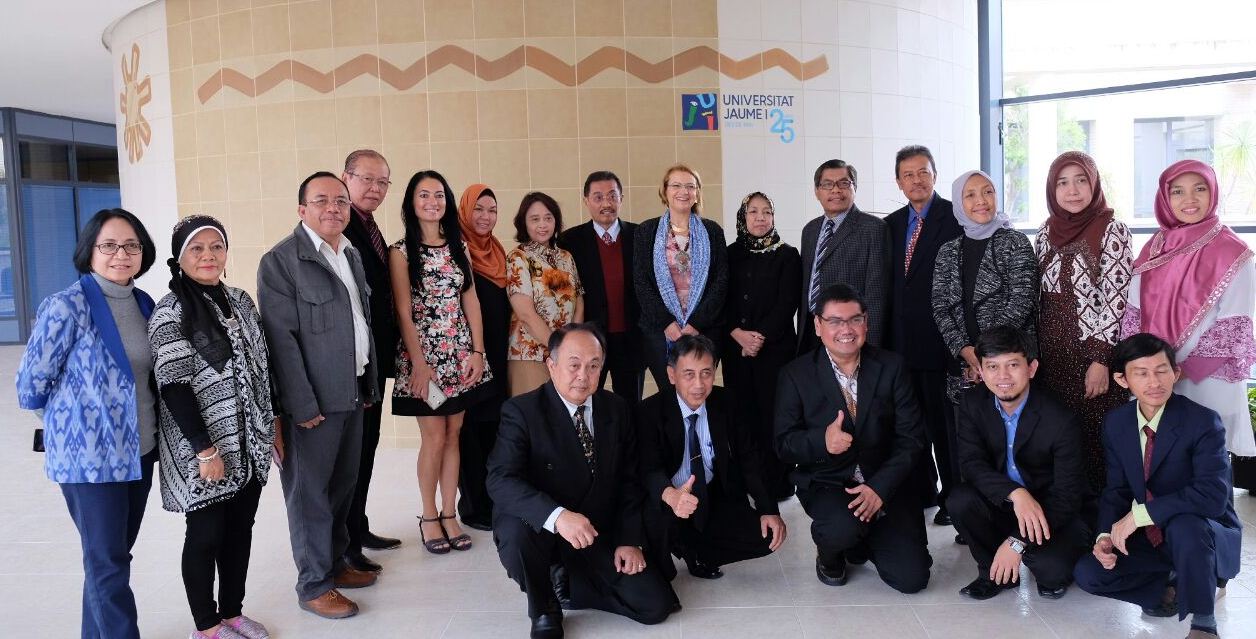 UAD, represented by Dr. Kasiyarno, M.Hum. (Rector of UAD) and Ida Puspita, M.A.Res. (Head of the International Affairs Office UAD) and some representatives of private universities in Yogyakarta, which is under the Coordinator of Private Universities (KOPERTIS) 5 Yogyakarta in cooperation with the Association of Indonesian Private University APTISI attended the invitation of the Consulate General of the Republic of Indonesia (KONJEN Indonesia) in Madrid, Spain in order to to follow the Indonesian Education Exhibition in Spain. Delegates were in Spain from June 14 to October 24, 2016

During the visit to Spain, there were several agendas pursued by the delegations following the educational exhibition at the Embassy of Spain. This educational exhibition was attended by 40 universities in Spain. Beside the exhibition, the delegations also sought an opportunity of cooperation with two universities in Spain. They were Universitat Jaume I in Castello and Universitat Autonoma de Barcelona in Barcelona. Cooperation opportunities that can be initiated are a credit transfer program, visiting professor, summer course, sending Indonesian teachers, and others.

Furthermore, the lecturer of English Literature Study Program UAD explained that after education fairs and the initiation of cooperation, the results have been already noticeable. This is shown by the desire of the Director of the Asian Relations Forum of Spain for initiating research cooperation opportunities with UAD and the opportunity to send Indonesian teachers to Spain.

Wika won back the Short Story Writing in USD