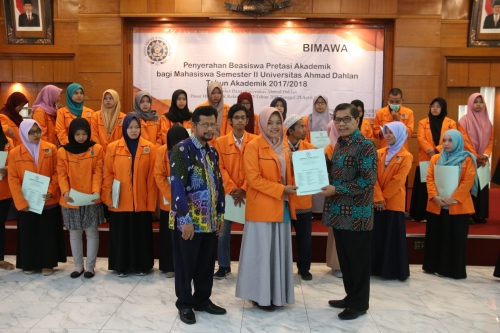 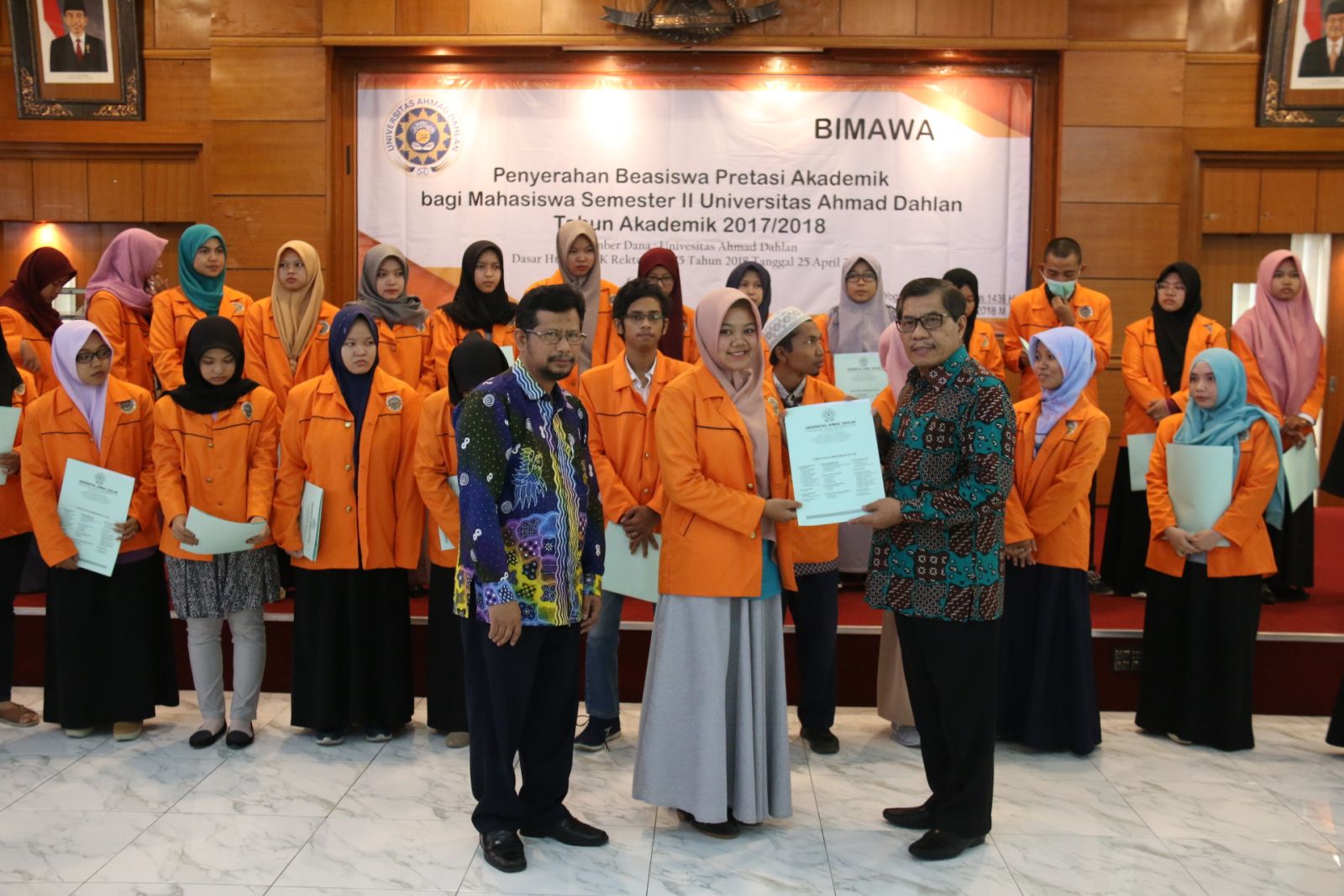 Universitas Ahmad Dahlan (UAD) provides a scholarship to students who are currently in the second semester in the academic year of 2017/2018. There is a total of 713 students from 34 study programs who receive the scholarship. The distribution of the scholarship in the form of cash was done in the auditorium of campus 1 UAD on Jln. Kapas 9, Semaki, Yogyakarta on Saturday (19/05/2018).

Each student received a million rupiah, which would be allocated for the first and second semester. The BPA scholarship has been awarded to students since 2008. Over the past 10 years, the amount of the scholarship awarded has been multiplied, from 360 thousand to one million rupiah.

Abdul Fadlil, the Vice Rector for Student Affairs said that this scholarship was to stimulate students to achieve more academically .

"All new students of UAD, with a total of approximately 6000, in the academic year of 2017/2018 were given the opportunity to apply for the scholarship. However, the number of students who applied for it was only 1063, and a total of 713 students passed the selection process. There are many scholarships available at UAD. The students must be proactive to access information and improve their achievement. "

On the other hand,  Kasiyarno also revealed the same thing, that students were required to excel in the middle of the competitiveness

"Students must master many skills. Among them are communication, innovative ideas, and creativity. "

In addition, he stated that students should be able to think critically and positively, be able to collaborate, and master the latest technology.

"In the future, we will direct students to be employers, become entrepreneurs. Not merely being a civil servant."

Ganis Dwi Andaryani, a student of Elementary School Teacher Education (PGSD), a BPA scholarship grantee, was very motivated and happy to get the scholarship.

"This scholarship increases students' motivation to achieve better. I will save it, just in case I need it for something later," said the woman, who is originally from Yogyakarta. (ard)