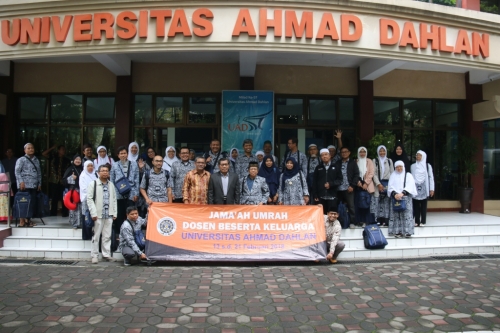 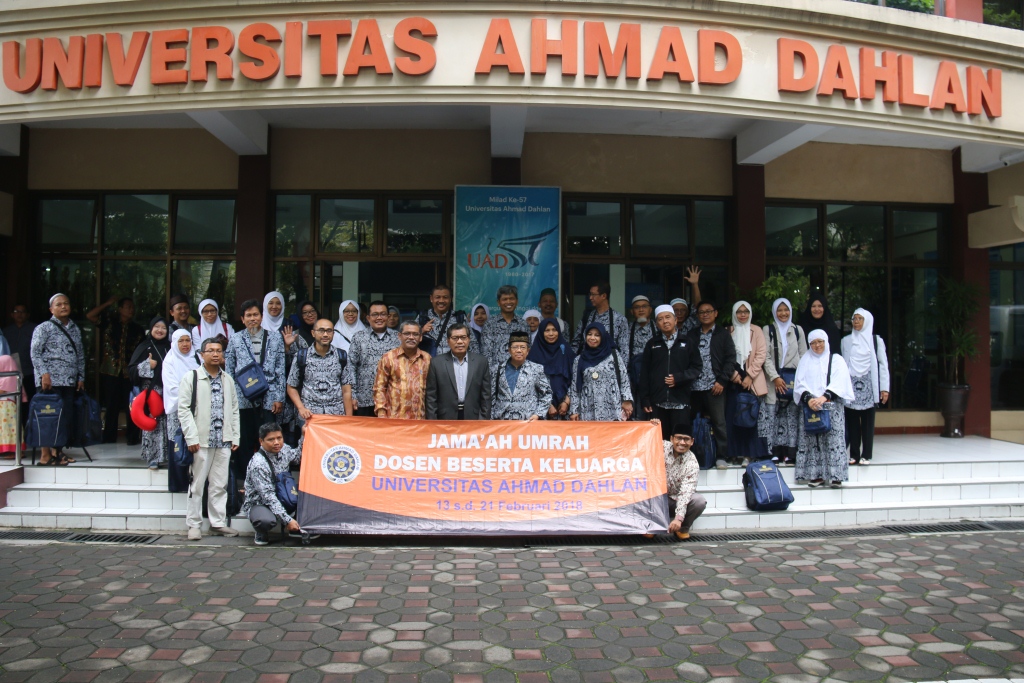 A total of 40 lecturers of Ahmad Dahlan University (UAD) Yogyakarta conducted a small Hajj (Umrah) in 2018. The delegation departed on Tuesday (13/2/2018) and was officially released by UAD Rector, Dr. Ir. Kasiyarno, M.Hum.

"Alhamdulillah, there are 40 lecturers departing for Umrah this year. Every year, UAD is committed to sending lecturers and employees for Umrah. Next year, employees are going to be sent as well, Insha Allah. "

This commitment aims to build the spirituality and is a form attention given by UAD to lecturers and employees. Welfare cannot be measured only physically, but also spiritually. Speaking before the lecturers sent for Umrah, Kasiyarno warned them to anticipate the extreme weather.

"Some of the lecturers who are currently departing have performed Hajj and Umrah before, I think. Nevertheless, hopefully their worship can be done without any obstacles and they are given excellent health to perform the worship well," he explained in the main courtroom of Campus 1 UAD on Jln. Kapas 9, Semaki, Yogyakarta.

It is worth noting that in 2018 UAD increased Umrah's fees for lecturers and employees, which is previously only 60% is now increased to be 75%. The rest is borne by the prospective worshippers.

During the release, Vice Rector III, Dr. Muchlas, M.T., who accompanied the Rector appealed to lecturers to temporarily ignore WhatsApp group as well as social media. He asked them to be more concentrated and solemn in their worship. (ard)