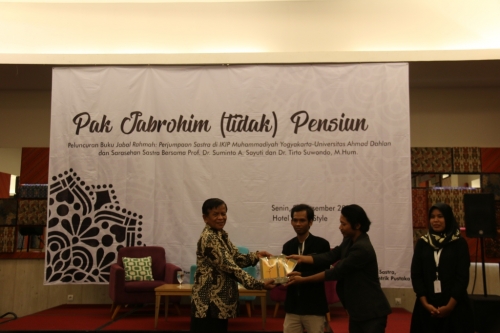 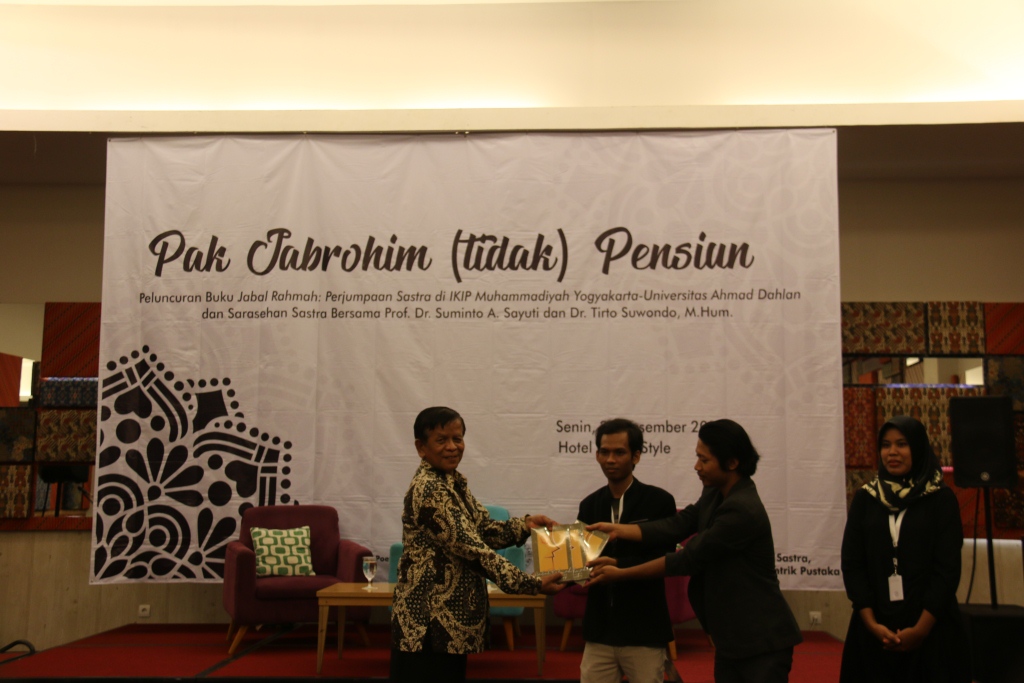 Jabal Rahmah, a book containing notes and events about literary encounter at IKIP Muhammadiyah-Ahmad Dahlan University (UAD) Yogyakarta, has been officially launched. The launch of this book is a form of appreciation and reminiscence to Drs. Jabrohim, M.M., as a lecturer of Indonesian Language and Literature Education (PBSI) study program and Head of Community Service Organization (LPM) UAD who officially retired as a civil servant in 2017.

The launching ceremonies and literary gatherings to commemorate Jabrohim's retirement were held at the Tjokro Style Hotel on Monday (25/12/2017). Scholars and practitioners in the fields of art, literature, and culture presented at this event. The event was sponsored by the Forum of Literature Appreciation of PBSI UAD and the Society of Poetics Indonesia.

Prof. Suminto A. Sayuti, a prrofessor at one of top universities in Yogyakarta and Drs. Tirto Suwondo, the Head of Central Java Language Center were also present as the speakers. They and Jabrohim strived together to revive literature when UAD was still called IKIP Muhammadiyah.

"I still remember very well how UAD used to be a place where famous Indonesian literary figures, such as WS. Rendra, Sutardji Calzoum Bachri, Abdul Hadi WM, Emha Ainun Nadjib, and others gathered in Campus 2 UAD," Suminto explained when talking about UAD.

In line with Suminto, Tirto Suwondo who is an alumnus of UAD conveyed that with the spirit of Jabrohim at that time, almost all the great writers of Indonesia often held a gathering in the campus on Jln. Pramuka 42.

"In addition to being a meeting place, with his high spirit, Jabrohim can guide young UAD students into talented writers. His contribution in the fields of art and culture should be given appreciation," said Tirto

Although Jabrohim has retired, he declared that he would continue to be active in the fields of art and culture, especially at LSBO PP Muhammadiyah. (ard)