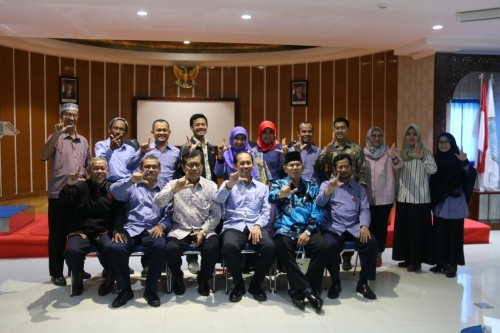 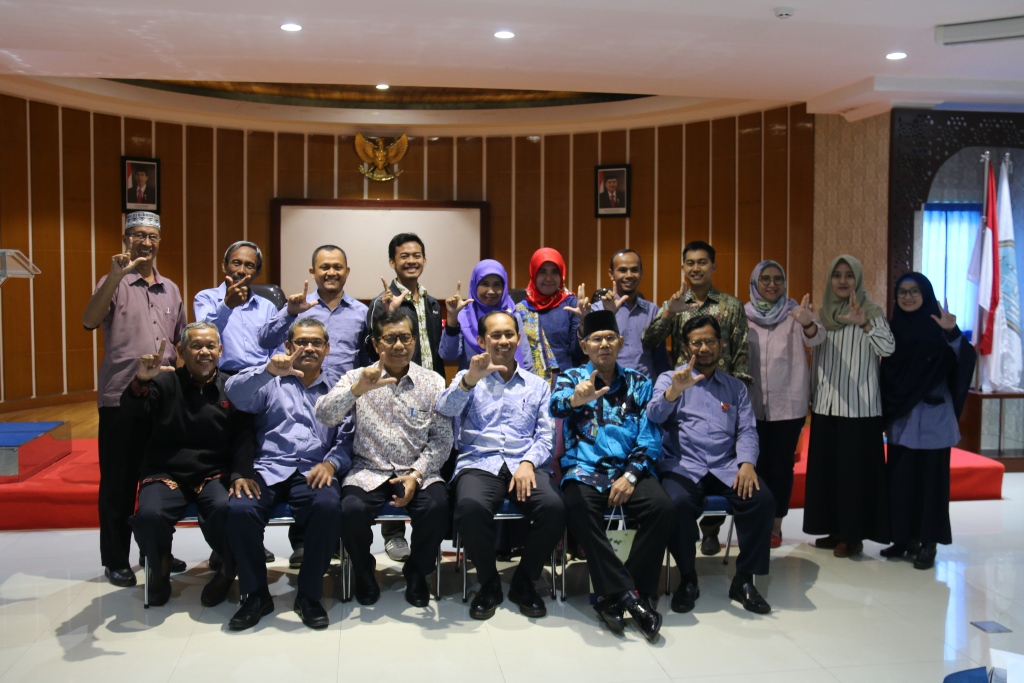 Ahmad Dahlan University (UAD) is one of three universities in Yogyakarta that is trusted by the Corruption Eradication Commission (KPK) of the Republic of Indonesia to establish cooperation with. In order to realize the cooperation, the Forum Group Discussion (FGD) entitled "Implementation of Anticorruption Education at Ahmad Dahlan University" was held on Monday (27/2/2018) by Civics (PPKn) Study Program.

The event took place in the hall of Masjid Islamic Center UAD on Jln. Ringroad Selatan, Tamanan, Bantul, Yogyakarta, and was attended by the Ambassadors of KPK RI, Masagung Dewanto, S.E., M.M., and Irawati, S.E., M.M. Meanwhile, from UAD presented Dr. Kasiyarno, M.Hum. as the Rector, along with the Vice Rectors I, III, and IV. Also presented in the event were the heads of LPSI, BPA, and LPM, the Dean of FKIP and the Faculty of Law, representatives of the Student Executive Board, as well as some lecturers of institutional subjects and lecturers of PPKn.

From the explanation Masagung, this FGD was in order to share the formulation of anticorruption education implementation in UAD. KPK wants to be partners with UAD and implements university anticorruption pilot project in UAD. According to him, anti-corruption socialization is important in universities.

"UAD is very open with the KPK. UAD was a university that actively participated through its students and lecturers in several KPK events. Therefore, KPK is trying to further explore cooperation with UAD, we hope that there will be an MoU and we can insert anti-corruption values ​​in Tridharma Perguruan Tinggi," said Masagung.

In response, Kasiyarno also wanted UAD to be directly involved in assisting KPK in preventing criminal acts of corruption. He conveyed that the socialization of anti-corruption education was still rare to find.

"Essentially, we have been implementing preventive actions since a long time ago, especially in UAD environment. This action will continue as a cultural movement, not political or structural one," he explained.

Kasiyarno also considered that the socialization delivered by KPK which targeted students and university students was important. Not only Operasi Tangkap Tangan (OTT), which is a long-planned operation to catch a criminal red-handed, is put forward. Anticorruption education should be given as early as possible. Anti-corruption values ​​should be instilled to students, either through learning, field activities, or practicum. (ard)