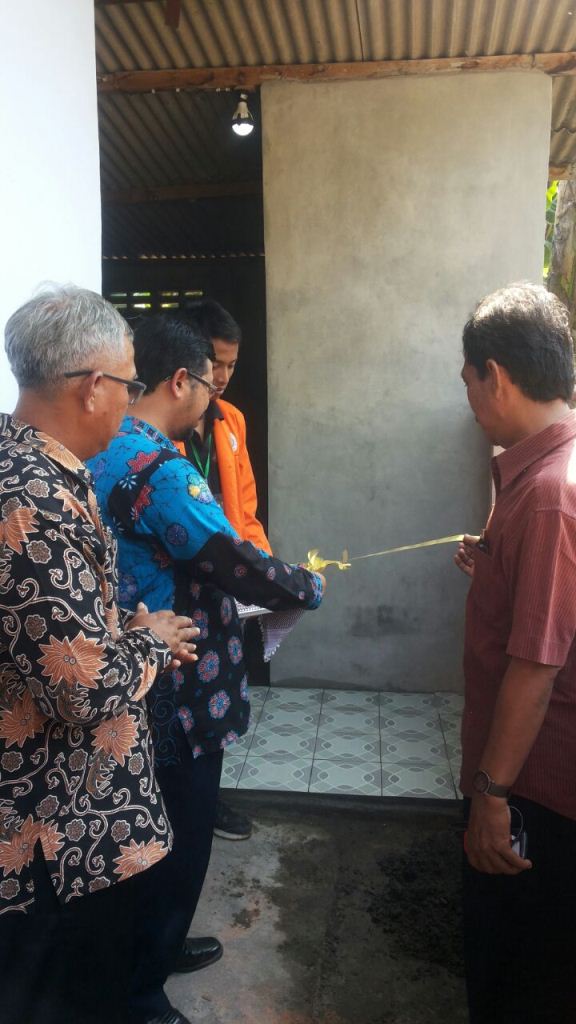 Some 27 students participating in Cummunity Service Program of University of Ahmad Dahlan (UAD) assisted villagers in Ngalang village, Gedangsari district, Gunungkidul regency to live healthily. Due to their lack of health awareness the program was implemented in the area. The theme of the program was Promoting A Healthy Environment for A Developed  Ngalang.

Last Saturday (27/08/2016) Vice Rector III of University of Ahmad Dahlan (UAD) Dr. Abdul Fadlil, M.T. inspected the program and officially initiated sanitary facilities consisting of three lavatories in Ngalang village. In the occasion, he hoped anything done by the students and the supervisors is beneficial and can improve the prosperity of Ngalang village.

Besides providing lavatories, the grant program proposed by Rahma and her colleagues the people were also trained on entrepreneurship to recycle household waste. They could produce ribbon, artificial flowers, and key holders. Nevertheless, they were also trained to market them.

The head of Gedangsari district also attended the event and said, ‘We thank a lot for the program and hope that more programs, including Community Service Program will be implemented in the area. The fact that the village officers know little about information technology, it is suggested that trainings on internet use be implemented in future.